2014 has been a good year, a challenging year and one with many subtle and not so subtle transitions.

A year ago I was emerging from the cloud of chemo and recovering from the brutality of radiation.  My hair was like peach fuzz on me wee noggin’ and I think I stayed in for New Years last year.   My memory is still a bit spotty surrounding that time.

I can tell you what I did for New Year’s Eve two years ago in detail.  It’s just the later part of 2013 and the first few months of 2014 that have left some areas in the shade.

I was feeling rather defeated at the beginning of the year though.  This I do recall.  My feet were still a little numb and I was just a tad stuck in a job that gave me no joy.  I questioned my own intelligence at times and felt useless and insignificant.

The shift came when I had the absolute joy of going on a cruise with a group of fabulous women that I went to school with.  It has been an absolute pleasure and delight getting to know these gals again.

Life can pull us in many directions.  Sometimes it pulls us apart.  Sometimes we find ourselves isolated and alone and wonder how it is we came to be in such a state.

I do know that at the end of every path taken that there was a starting point or perhaps it was a breaking point?

Choices are made.  Sometimes we desperately want to believe the dysfunction as it worms its way in.  It will dilute and fracture the ideas we first had though.  And they always begin with such sincerity and honest passion, don’t they?

Believing in a lie then recognizing this is a tough pill to swallow. 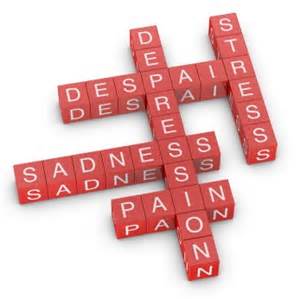 When that nagging little whisper becomes a scream, best you listen to it else you’ll become deaf and indifferent to the common sense and reason that is desperately trying to intervene and prevail.

And no one likes to admit they’ve been had or taken.

God knows I shrank back from this world for a time, suspicious, hurt and wallowed in a pity pool.

I’ve met many people who’ve stayed in that state.

As I watched the ‘Grinch Who Stole Christmas’ for the millionth time, it actually made me tear up a wee bit this year.  The simplicity and beauty in the ending of the tale of how the Grinch’s heart grew ’10 times that day’.  That four letter word again…LOVE. 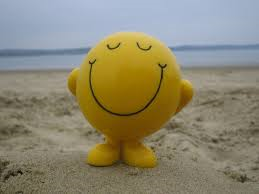 Yup!  It’s a balm that will heal any and everything.

I could well have lounged once more in the pity pool considering some of the health issues that I’ve been faced with but you know, I am so over that.

There was a time when misery parties were my thing. Oh yes!  You think your life sucks?  Pull up a chair.  Let me tell you a tale of my time in hell….oooh and ahhh!

And then there was that moment of reflection when I saw the ugliness in my behavior and what it was doing to me.  That naked truth when I had to make a decision.  Either change or bury my head even further into the bed of lies I’d accepted as truth.

Peeling off that mantle of delusion has taken some time.  Each lesson learned along the way I’ve appreciated more than you will know.  And yes, sometimes those lessons come packaged in sweet disguise.

And this year began coming out of a very dark place.  I had refused to consider Cancer’s taunt.  Yet still, for a time, the mantle of warrior was too much.  Fear crept in and the tendrils of depression stroked my ego as would a gentle lover.

Having experienced this a time or two I was able to cut it off at the pass with guns a blazing.

Oh come on!  We all love a good western, don’t we?

And now this year is coming to a close.  I’m feeling even stronger having reached a few new pinnacles.

And I’m on the cusp now.  The dreams and efforts  that I’ve been working on are about to come to fruition.

The book will be out soon.   I’ve got an idea of where I want to take this company that I’ve been forming just a few technicalities remain.

And it’s not about me.

This has and will always be about the written word and celebrating the freedom and expression that it provides.

And as this brain of mine continues to formulate thoughts and ideas, I accept now that it never shuts down.  Sometimes I don’t like the thoughts and ideas that come to me.  But what I’ve learned is that I need to acknowledge those filaments of thought.  Sometimes they take hold and more often than not they sink back in amongst the vortex of neurons and protons that are firing away.  Those filaments will dance with ambitious delight in offering up an idea that I just may want to entertain and process further, even if it is dark in nature.

And with every night there comes a dawn and vice versa.  it is the way of the world.   Those erstwhile opposites that actually compliment each other and always have.

I was standing beside the river the other night spellbound by the beauty before me.  That moment when night kisses day good-bye.  I had that sensation wash through me of being so connected to this world that I inhabit.

I am coming to love these moments.  I feel small and yet so vital.  The mountains that stood before me have taken hundreds if not thousands of years to form.  They will remain long after my time on this earthly plain is done.

For the moment, however, they are stuck with me.

For all of you that have followed my ramblings, I thank you and may the New Year bring your heart’s desire.

Happy New Year to all!