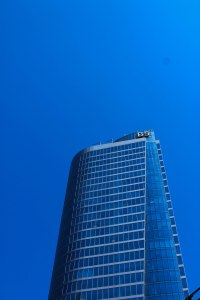 It is that time of year.  The taxman cometh and taketh away this year.  He still wants close to $2,500 from me for my personal taxes!!!

Seems to be the thing to do these days.

There is a loop hole in our system with regard to property tax.  Not too sure if it is just for Vancouver residents or not.

If you own a place in Vancouver for example and you are over the age of 55 years of age and your taxes are up to date, you can defer paying your property taxes…indefinitely?

The Province will apparently pay on your behalf and then when your property is sold they will take their cut.  You must have at least 25% equity in your home as well.

I was made aware of this by a fellow I’ve worked with for years.  He and his wife have clear title on their home on West 23rd Ave. in Vancouver.  The assessment on their home was just under $3 million this year.  The taxes were in the $6,500.00 range.

That is a lot.  They’ve lived in their home for around twenty years.  They both have professional designations and work full-time.

They’ve been deferring their taxes for a couple of years now since they lost the home owners grant as the property has been assessed as too high to claim it.

Were they to pay on a monthly basis to pay off their taxes it would be $542.00 approximately per month.

The City would no doubt charge interest.  Still for two people still working this is affordable considering they have clear title it is not a hardship at all. 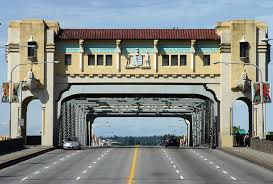 (Burrard Street Bridge will no longer appear as above)

I then decided to research this.

(The following is an excerpt for Vancity Buzz)

‘A property tax deferral program is the latest way Vancouver homeowners are taking advantage of their high-value homes to make a small fortune.

The B.C. program allows residents aged 55 and older, widows, and people with disabilities to defer paying their property taxes until the sale of their home, while only paying a 0.85% interest rate. When implemented in the 1970s, it suited both the common retiring age and the stagnant real estate market at the time, but is now being taken advantage of by wealthy homeowners.

The purpose of the program is a sound one, says NDP MLA David Eby, a critic of the B.C. Liberal’s affordable housing legislation. It is supposed to ensure that seniors and others on fixed incomes aren’t forced out of their homes due to property tax increases when their home value grows. But, the program was designed in the 1970s for the realities of the 1970s real estate market, which is very different than it is now in 2016, adds Eby.

There are over $130 million in deferred property taxes each year, income for the various districts and municipalities that could be used to build roads, fund school boards, maintain parks, and pay local police and fire authorities. While many use the program responsibly – half of B.C. seniors live on $24,000 per year or less and more than 50,000 seniors are living on $20,000 or less, according to Seniors Advocate B.C. – changes in the common age of retirement means many over 55 are still making generous incomes.

According to the Canadian Mortgage and Housing Commission, adults aged 55 to 64 made the highest average personal income of all age categories in 2011. More than half of this group own their homes mortgage-free, and there’s no shortage of them in Canada: what are called “pre-seniors” make up 13.1% of the country’s total population.

With the aging population – the number of people over age 55 by 2038 are projected to equal the populations of Ontario, Alberta, and Saskatchewan combined – the amount of money lost each year due to the property tax deferral program will only continue to grow.

While Eby says there are flaws with the program itself, most notably that it is not at all based on proven financial need, he blames the province’s inaction toward affordable housing as the reason why the program is being taken advantage of.’ 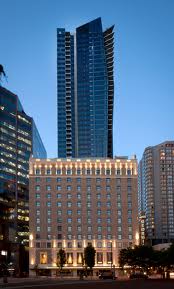 Currently, however, there are nineteen schools on the chopping block in the Vancouver area, mainly on the East side.  Yes.  They want to shut down schools!

Education issues have been a problem for a long time in Vancouver.  Part of the problem arose back in 1996-1997.  There used to be boundaries set up.  You live within an area and these are the schools you could attend.

The first wave of Chinese immigrants came through and were not happy with the choices they were offered. The west side of Vancouver, which has always been more affluent, had better schools.

So the boundaries were lifted.

It did not take long for the waiting lists to fill up at the schools located on the west side.

The demographics were changing rapidly.  Housing was being built at breakneck speeds and still is.  Back then, however, they were ripping down the quaint and beautiful homes from the 1950’s to the 1970’s and replacing them with boxes.  They all looked the same after a time.  Very little in the way of a yard with a pinkish hue painted over a flyash concrete base.  The homes were slapped together fast.  Concrete base, wood framing, insulation, plywood then a layer of flyash concrete.

Then the condo towers began to go up.  The downtown core of Vancouver was dotted with cranes at any given time.  And the buildings were becoming higher.  Where we once had a height restriction because of the mountain view the rule was relaxed and once that happened the views soon began to disappear.

The wave of immigrants soon became a tsunami.  Foreign investment continued pushing house prices up.  And those investing found every loop hole when it came to not having to pay taxes necessary to keep our infrastructure intact for things such as health care (hospitals, etc.), education, parks & recreation, and ongoing maintenance and updates on roads, bridges, sewers, etc. 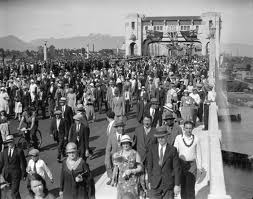 Let’s not forget the funding for all the sweet pensions handed out way back in the day as well.

Without a steady tax base coming in we began to feel the effects on the lack of available services.

Yet no one in government would admit or consider the road they had pushed us toward.  They denied that the rise in housing costs was due to foreign investment.

Just recently they are finally admitting that something needs to be done.

This shouldn’t be an issue.  Running a government body should be based on two things.  Accountability and acting in the best interests of the electorate.

This is what we take in.  This is how it is spent.

These are the short terms goals and these are the long term necessities.  And this is how we will set up the budget to:

Everything has increased.  Its nuts.  Crazy!

So many things have been privatized over the years.  Government has sold us out on so many things and continues to do so. 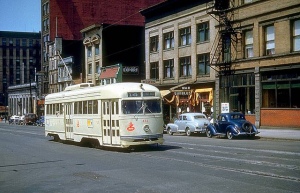 This saddens me to no end.

Meanwhile I’ll call Canada Revenue Services and see if they will give me an extension on paying my tax bill.

We wait in anticipation for the proverbial bubble to burst.  Somehow when that happens, it will be those of us who live here that will pay the price.

And for those who have deferred their taxes, will they still have a home to cover the cost of what they owe the government?