Today  July 1, 2017 marks Canada’s 150th year since confederation.  Canada is a young country by all standards.  Some of the cities in this country of ours are much older.  For example, Montreal turned 375 years old this year.   Canada had settlements and industry established across this land long before we joined together in confederation.

Sir John A. MacDonald became the first Prime Minister of Canada on July 1, 1867.

Growing up I can recall this day being referred to as Dominion Day.

We are a diverse country and there has been a lot of blood, sweat and tears that have fallen to arrive at where we are today.  We still have a lot of work to do in terms of peace and reconciliation with our indigenous brothers and sisters as well.

What we must remember, however, is that we are merely custodians in this land of ours.  The following article discusses the problems we are currently facing.

In Richmond, BC, which has some of the richest farm land in the province, urbanization has been eating up these lands.  Homes being built on these properties are alarming in size.  There was home on No. 5 Road that was 41,000 square feet in size and slated to have 21 bedrooms!

The owner, who has 13 other luxury properties in the area wanted it zoned as a hotel.  He was denied.

Below are a couple of articles that may be of interest.

Canada is a nation of vast spaces and varied terrain. Nationwide, however, this seemingly endless land base has limited agricultural potential. In fact, 94% of Canada’s lands are unsuitable for farming. Of that small percentage of land that will support agricultural endeavours only 0.5% is designated as class 1, where there are no significant limitations to farming activity. Unfortunately, due to urbanization, poor farming practices and other non-agricultural activities, this small percentage of viable farmland is shrinking at an alarming rate. Statistics Canada, for example, reported that between 1971 and 2001, over 14,000 square kilometres of our best agricultural land had been permanently lost to urban uses.

The link below is for an article that was written in the Globe and Mail newspaper regarding the issue with Richmond’s current crisis.  You can see many of the homes that are now sitting on prime agricultural land that is not being farmed at all.  Blueberry bushes have been cleared and trashed.  And I can tell you the strawberries and blueberries produced in this area are so good!

When I speak about being custodian of this land of ours we must be diligent in our use of natural resources and how we develop this land.

There are more lakes in Canada than in the rest of the world combined!  And in British Columbia, the province that I live in, contains over 20,000 lakes and an abundance of streams and rivers.

Make no mistake.. Every area of Canada is populated, however, the majority of the population resides in the southern portion of the country along the coast lines and U.S. border.

One of the reasons I pointed out the issue in Richmond regarding the agricultural land is that approximately 6% of Canada is arable land.  What this means is that of the vast size of this country, this is the percentage that can be farmed.

We must come together as a community and as a country and take care of this land.  In the spirit of the French President Marcon,

And it starts at home. 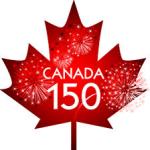