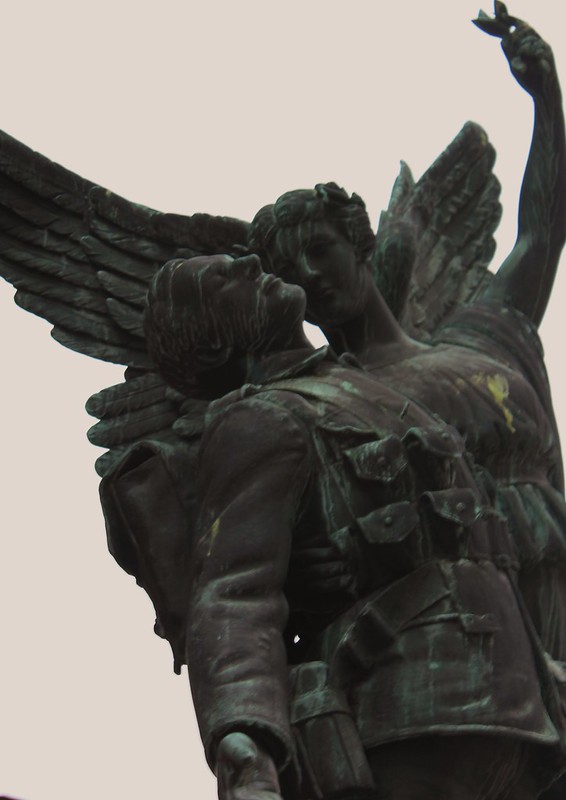 A favour to ask of you all.  On Saturday, October 13th, 2012 I participated in Scott Kelby’s 5th Annual Worldwide Photo-walk.  Several cities worldwide participated in this event.  Here in Vancouver, BC in Canada we had approximately 100 photography enthusiasts turn out.  We met at Waterfront Station and descended upon Gastown with our cameras at the ready shooting whatever peaked our interest.  It was actually quite the sight to see so many photographers in a relatively confined area.  I had several people approach and ask what was going on.  Many people joked that we were the paparazzi trying to illicit a photograph of them which would then have some of them posing in a rather flamboyant and delightful way before playfully running away.
The mood for this Photo-walk was light and upbeat.  I can say that I became a fan of this event and will definitely partake in it again.  And I just find the idea of doing photo-walks to be such a great idea.  Now I am a baby at this.  I am in my photographic infancy when it comes learning all the in’s and out’s of taking a good picture and having a good command of the camera.  I am still learning a ton about exposure and light and all that good stuff.  I have a second lens that I have added which is a Macro 70-300mm that I have only used once and am also learning what the different lens’ do.  On Saturday I just used my kit lens.  And I didn’t bring my tripod, though I should have.  My camera is a Canon EOS Rebel T3.  It is more or less an introductory camera to the world of SLR.  I took a 10 week course just over a year ago and was told that it doesn’t matter the quality of the camera when learning to take a good picture.  You can have a $10,000 camera but if you don’t know how to take a good picture, the quality of the camera won’t help you.

And let me tell you, there were cameras at this event with lens that likely would have been the equivalent of a down payment on a house here in Vancouver, and that my friends, is a lot of money.  I felt a bit like being in candy store.  At the end of the photo-walk we assembled to have coffee and chat so I got to eyeball some of the gear people had a bit more.

I likely will never invest that heavily into this.  For me this is a delightful hobby that I can just have some fun with.  I was asked a few times what my field of interest is in photography, but you know, truthfully I don’t really have one.  Just whatever catches the eye, I like obscurity, I like beauty, I like perspective.  I always end up having some kind of weird idea pop into my head when I do see something of interest.  So for me, its just play.

This is a competition.  The grand prize is about $20,000 worth of photographic goodies.  We can only upload one picture.  Now my chances of winning anything are non-existent, but I will submit a photo and that’s where you come in.  I have posted the link to my Vancouver Photo-walk 2012 site, and am asking that you have look through the photos and let me know which one you like.  I just want to get some feedback from the public before I make my final decision.

The images can be Photoshopped, however, I do not have that program available to me, so there are a few frames at the end of the set where I have played around with the colorization to try and give the image a bit of a pop.

Just paste the link into your browser.  I look forward to your feed back and thanks for your assistance.  Enjoy!

This morning I bounced from my bed at 6:30 AM on a Sunday morning to be part of the cheerleading squad.  The BMO Marathon and Half Marathon was being run in Vancouver and several members from my running group were partaking in this.  I wanted to support them in any way possible.  So I got down there with camera at the ready and for the next 4 1/2 hours screamed out my encouragement to everyone participating and took about 900 some odd pictures.

Now I have the infection of wanting to do a 1/2 marathon.  How can this be?

I positioned myself at the corner where when the runners came around and they saw the finish line.  And if you are a runner, you know the pure bliss when you see the finish line.  The expressions are of delight, pain, euphoria, grim determination.  And with each runner that passed me…I thought, I want to be out there with them.  I want that pain, that determination, that delight, that euphoria.  I know what that feels like…it is at the end of each race.  That sense of completion…you have done it!

And as I made my way back to the car…I saw the marathoner’s, now in such agony some of them…the body having been pushed to the extreme.  Yet we know we have this drive to push it to it maximum.  There were people coming in the final stretch that looked as if this might well be their last step…yet, the feet keep moving and you look at the face and the fire is in their eyes.  For some it is about time…for many it is not…it is about the journey and getting to the end of such a journey.  It is the challenge we lay out for ourselves…and the fabulous way we feel upon completion.  The joy as arms are raised, as that last burst of energy explodes within us…as we know we have done this thing.

So I do believe next year, you will find this girl doing the 1/2 marathon.  And I would not have thought that even remotely possible….I had no desire…none….yet, I got out there today cheerleading and found I wanted to share in this with them.

My congratulations go out to everyone who participated.  Runners, I like to think, are People of the Horse.  Horses love to run, for the sake of running.  They love the freedom it affords them…they delight in the movement of the body…

To all of you…great job!

Enjoy your Sunday everyone!