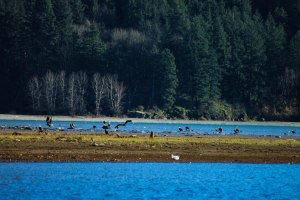 Time to start doing the things I love again.

Admittedly I’ve been traversing through the realms of depression once again.  It’s been a tough year.

And while I may feel a little stuck, one thing I do know, is that I’ll get past this.  I will learn from the events of this year and grow as a result.

I’ve got to get back out there and try things not attempted before.  Oh, don’t worry. By this I’m not talking about leaping from planes or any such nonsense.  Those are activities that have no interest for this gal.

I’ve been considering a public speaking series to be offered in at secondary schools here in Vancouver and surrounding suburbs.  I will be drafting up the idea and then check in with my Toastmaster compatriots for some guidance on this.  I really do want to use the skills I’m developing in this area.

Later today we are having an Open House at Toastmasters.  After just 5 1/2 months I’ve completed the first manual and am working on the second that focuses on leadership.

On the weekend my photography group headed up to the 20th Annual Eagle Festival in Harrison Mills.  This is out in the beautiful Fraser Valley. It is an 1 1/2 hour drive from my home.  Saturday was spectacular weather wise.  I offered to carpool and two members came along with me.  We left at 9:00 AM.  It’s getting cold as winter is coming.

The effect was a magical mist that hung over the river kissing the trees that lined the shore along the way.  The deep autumn blue sky offered a fabulous contrast.

We arrived at our destination and spent the next four hours exploring the area and watching the eagles feast on the spawning salmon.

The area had been hit by a storm with high winds earlier in the week and the evidence was everywhere.

The treat was being able to watch hundreds of eagles!  At times there would be twenty or more circling high in the sky above.

Here are a few images from this event.  Enjoy! 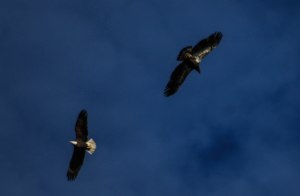 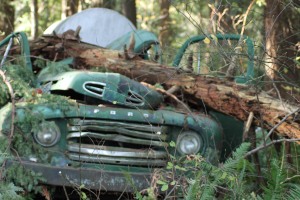 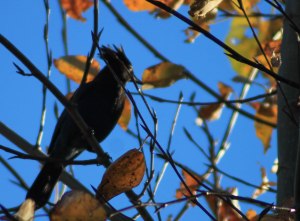 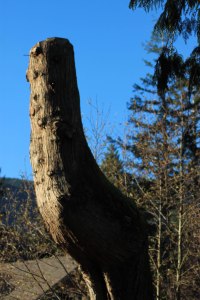 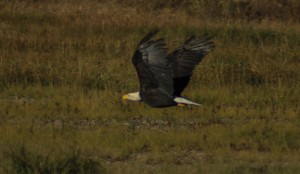 4 thoughts on “The Eagles Among Us”